Winter Promotion. 20% OFF on all Company Registrations 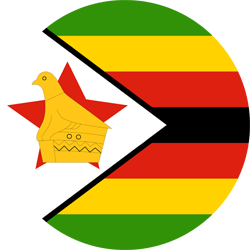 How long does it take for your computer to boot up and turn on so that you may use it? If your answer is above three minutes, then something may be wrong with your computer. Personally, over the last three months, my pc has been taking over 5 minutes to boot up.

What this means is that every time I ran an overloaded software that froze my computer, I had to wait for about 5 minutes before I could use my computer normally again and this happened several times throughout the day. In computing, I figured out that each day, I’d lose about 45 minutes of productivity because I would be battling my pc.

Although a lot of time was lost, the good news is, I found a solution, 360 Total Security. It helped reduce my computer boot speed from over 5 minutes to just 43 seconds. I first did a trial run of 360 total security last week after being skeptical of using it because I don’t usually trust new software.

Upon installing it, I had an epiphany, I learnt that as opposed to my previous antivirus software Eset, 360 Total Security is not only an Anti-virus software, its way more than that. It’s a Computer Performance optimization software that has a lot of other features apart from protecting your computer from viruses.

To effectively explain how 360 Total Security Works to speed up your computer, I will state and explain some of the causes of computer slowness and how 360 works to expedite this.

Each time you open up a file on software or in your browser, your Computer Stores a temporary version of that file to enable it to load faster the next time you open the software, these are called cache files. Caching is used to improve performance in the short term but when the files are kept for too long, they accumulate and this affects the performance of your hard drive and subsequently, the speed of your computer.

The 360 Fix. To help you deal with cached files, 360 Total Security comes with a redundant file scanner(it doesn’t exist in Eset or Kasperky) which scans and clears up cached files. This scanner can clear temporary files from as long as 10 years back cleaning up the necessary space on your Harddrive which improves the performance of your computer.

2. Too many Startup Applications

One of the major reasons why my boot-up time was over 5 minutes is that my PC had to open up a lot of software on startup, even the software I did not need to use.

The 360 Fix. With the inbuilt speedup utility, I was able to disable some software from Autostarting which helped speed up my PC Immensely. It’s not every software that you need for your pc to run effectively, some of the software that automatically start-up on windows should do that. It should start up only when you need it which prevents it from running in the background, in turn making your pc faster.

The creators of Malware have been getting smarter and smarter by day. And a malware-infected PC is on average, 100 times slower as compared to a clean PC. The common malware types that slow down PC’s are:

The 360 Fix. 360 Total Security has one of the world’s most advanced anti-malware scanners. The main feature is a machine learning engine that is powered by Artificial Intelligence to save and create new virus definitions making sure that all threats are captured.

The AI Tools for virus definition prediction is key as it essentially ‘immunizes’ your system so that it’s in a position to deal with new viruses before they even infect anything on your system.

360 also has a Ransomware Prevention tool to prevent your pc from being encrypted by information kidnappers.

While browsing the web, if you visited a website and noticed your fan’s speed increase and computer going slow, then chances are high that you were cryptojacked.

The 360 Fix. Through the Malware Scanner, 360 Total Security can help prevent your PC from being Cryptojacked thus improving the security and reliability of your computer.

Besides the above, there are a lot of other features to 360 that make it the best PC Antivirus software.

If you want a custom Installation or 360 Total Security either for personal use or your business, our team is available. Reach out via the livechat or the contact details on the header.

We are the only certified Reseller of 360 Total Security for Zimbabwe.